Menu
We are all someone else's Greta
Nicolás Lucca 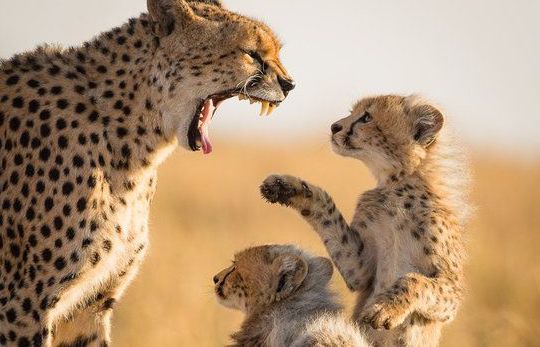 I was abroad, far away from my country, my land (I was even in a different continent) when curiosity struck me. It was stronger than me, I was almost forced to take a look into what was going on in Buenos Aires, and when I say «Buenos Aires» I actually mean «Buenos Aires’s micro world of social network communities». Let’s just say I had to run to the nearest shop and get a helmet.

It seems that when a person doesn’t like what was said by another person on the other end of the world, the best thing to do is to point out the supposed “privileges” that this person, allegedly, already has. It doesn’t matter if we don’t know the person in question at all, they deserve nothing but contempt for worrying about such superficial matters while having a comfortable lifestyle. Well, superficial at least from our own personal perspective.

So it was that a teenager with Asperger’s –who became the voice of all those who believe that mankind is destroying our planet– was just a girl with all her problems solved. As a consequence, there were suspicions of conspiracy, unrequested stories about what every adult who felt questioned by a young girl was doing at their own 16, and –of course– suggestions about how this young girl should be raised.

However, nothing caught my attention like the comparisons with other realities that flooded the internet after Greta Thunberg said «you have stolen my childhood». Thousands of messages around the world –including Argentina– suggested unorthodox ways to diminish what a person felt from her own point of view. In Argentina, it was suggested that the Swedish girl should explain how her ruined childhood was to the children taken as child soldiers by the FARC (Revolutionary Armed Forces of Colombia). African guerrillas would have made a good example as well, but nobody came up with that. No need to mention the children that stroll through bars or public transportation selling images of saints, juggling or singing a Capella. They would have made great examples -probably somebody mentioned them and I missed it- of the way in which we choose to see reality so as not to do anything but also to avoid others from doing their part from the place they have chosen.

It doesn’t help that most of the people trashing a European minor online, are people who have travelled a lot. No one needs to tell them anything, they have already seen with their own eyes what is done in first world countries in matters of environmental care- except for the American need for muscle cars. They must have seen it, unless they behaved like the stereotypical tourist no one wants to be compared to: the one that takes a picture just to brag about in front of those poor cousins who haven’t travelled abroad but still needs to complain about something. You know the type: the one who travels with the purpose of taking a photograph (which could be simply found in Google) instead of getting lost in cities, chatting with their inhabitants, or sitting in a terrace café to investigate and enjoy the cinematographic dynamic of the local citizens as they commute to work.

What is interesting about comparisons is that we always incline them in our favour, as if competing with a sad opponent to see who is doing worse. “Yes, it’s awful that you had to have your leg amputated due to diabetes, but it’s over now, in the past. I’m in a clearly worse situation, having lived for the past thirty years with an appalling neurosis. Ok, my leg was not amputated, but every single day I have to live in fear of the possibility of it”. At the other minimizing pole, do you feel bad about child poverty in Argentina? You know, in Africa young girls are abducted to be subject of sexual slavery.

We can always do worse. But our biggest problem is not realizing that we can always do better. The interesting part is that in saying that the little Swedish girl has really nothing to complain about, we put ourselves automatically in a position which, for her, is a worse place. By considering ourselves morally superior we put ourselves in somebody else’s Third World place. So do you complain about global warming in your First World country? Here, in mine, basic needs are not met.

During the last few days, I had the honour of meeting people who questioned me, forced me to see my reality through different eyes. Spending a week in the cultural capital of the world may alter our very Argentine perception, which leads us to compare what others have with what we lack. It’s inevitable to think about it when you’re in the United Kingdom during one the most politically agitated weeks in recent years. When Parliament is closed, the opposition goes to the Supreme Court, where the Court declares everything done by the Prime Minister as unlawful, even when they don’t know if they’ll break or not with the European Union, when they don’t know what will become of them in a few years, in a few months, in few weeks. And when citizens talk about all of it at a pub paying for their pint, with the same few coins they used a few months or a few years ago, suicidal instinct is unavoidable when you come from a country in which when the President sneezes and the dollar goes up forty pesos.

As days went by, I started to get to know better the people with whom I shared intense full time daily activities. And by that I mean getting to know more about their lives: how things are in their home countries and how that affects them, what they feel, what their fears are, what their dreams are. You know: really getting to know someone.

Having grown up in Georgia in the last decades implies having lived in a state of civil war during 99% of your life. Life today in Georgia implies living in fear of a Russian invasion and knowing that all neighbouring countries want to get a piece of your territory. To decide getting married and having children in a country about which you cannot help having an apocalypse hypothesis is something hard to imagine, unless we think of our ancestors giving birth during First or Second World War. Suddenly, when I think about the reality I grew up in and in the things that I complain about, I feel how two red-haired braids grow in my head and I become somebody else’s little Swedish girl.

Being about forty something years old and born in Serbia or Croatia means a lot, and most of it is not nice: war, hatred, murder, war, contempt for Human Rights, war and the cycle repeats itself in a constant loop that takes up the first half of your life. The second half is an eternal pilgrimage between nationalistic exaltation and economic crisis, in countries with a smaller population than the suburbs of Buenos Aires.

Imagine living in Zambia and ending up in jail for calling the President a liar in a song you’ve written. Maybe social media has rotten our minds with that permanent belief that each user deserves to be an ad-hoc policeman protecting the mood of the politician we sympathize with. However, in this same Argentina, during this same democracy, there were musicians who called the President “narco”. But there was no social media at the time. Our musicians can be taken as the progressive little Swedish girl of the Zambian singer-songwriter, but he’d rather think about changing his own reality instead of complaining.

To be a journalist in East Europe implies being a true survivor. A colleague with whom I’ve created a beautiful bond of transoceanic friendship showed me a picture of a break at work: a barefoot child is playing with his tools while she enjoys a cigarette amidst a refugee crisis. She is smiling in the picture despite having just been at one shooting and knowing that the next one might take place soon, while her two children wait for her at home. In my pictures of a break at work you can see me posing with my feet on my desk. I’ve had police protection in several occasions. She doesn’t trust her bodyguards. To her, I’m probably that little Swedish girl who complains from the comfort of living in a country with no civil war and no refugee crisis.

Subjectivity is as personal as our own history, our own traumas, and what makes us happy. I enjoy a cup of coffee while listening to music; others prefer tea while streaming on-demand series. Some enjoy listening to people tell them about other realities in order to learn; others would rather give lectures without listening to anybody. It is clearly a global habit, but I come from a country which removed thirteen zeroes from its currency in less than twenty years, in which there were two terrorist attacks that still remain unsolved. I come from a country in which we live with an open air sewer which politicians have promised to clean up since 1826 –I’m not exaggerating–, a country in which nobody does what needs to be done before giving their opinion on what everyone else is doing. We are free to say what we please, but when emotions rule over reason, we are in risk of shooting holograms. Then, whenever we feel like complaining about some guy who wants to change the Constitution he voted for twenty-five years ago, anything we say will be the same as calling a 16-year-old girl with Asperger’s, who only asked for a clean planet, a manipulated communist.

But they are just different points of view. 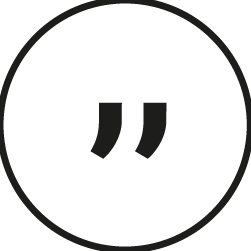